Episode 13:Is there any yield left for fixed-income investors globally? 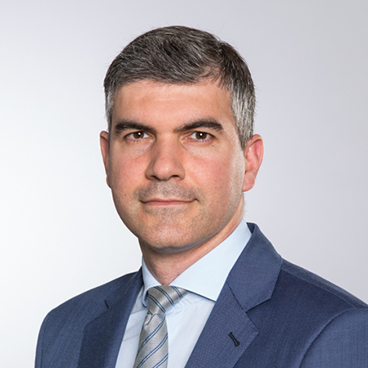 J.P. and Georgios discuss where investors can find yield in the “multi-speed world” that is defining a global economy struggling with a pandemic. And, in light of unprecedented fiscal stimulus, they delve into the ideas of one of macroeconomics founding fathers, John Maynard Keynes.

What is the nature of the fixed-income bounce back from the COVID-19 crash?

“There have been winners and losers since this bounce-back. Core government bonds, the safe havens of this world, those have outperformed non-cyclical credit sectors. More defensive credit sectors have also outperformed, as well as investment-grade emerging market sovereigns. And that's because of a quality bias. We've seen investors emphasize quality and higher credit ratings, but also the ability of some of these sectors and some of these companies and countries to adapt to this changed environment.”

Compare the stimulus after the Great Financial Crisis of 2008-9 to now.

“After the financial crisis, we had a lot of stimulus, we had central banks and governments step in. But we didn't really manage to hit inflation targets because a lot of the liquidity that was supposed to go into the system never did, it stayed with banks, and banks tightened their underwriting standards. This time it might be different because money might circulate into the economy much easier and much faster. Some central banks are talking about more fiscal stimulus, providing funding directly to companies in order to not experience that same bottleneck that we saw right after the financial crisis, after 2009. So that could change things this time.”

How are various economies recovering?

“We definitely are living in a multi-speed world. When we look around us since the crisis there are two driving forces. One is the ability of central banks and governments to step in and support their economies and risk assets … and then the other determining factor that we've seen define this multi-speed recovery is the approach to dealing with the coronavirus.”

What should be in the "ideal" fixed income portfolio today?

“I would say high-quality credit supported by very good fundamental analysis, bottom-up analysis, combined with exposure to highly liquid and highly secure assets like core rates, core government bonds. That should make up an ideal fixed income portfolio today for many investors out there so that the bond portfolio really behaves like a bond portfolio, unlike other parts of their strategic asset allocation.”

You can read a recent column from Georgios detailing “Two ways credit can add relative value as the cycle turns”.

J.P. is reading “Narrative Economics: How Stories Go Viral and Drive Major Economic Events”, the new book by Nobel Prize-winning economist Robert Shiller, who became famous after authoring the book “Irrational Exuberance” about equity markets during the dot.com boom of the late 1990s.

Georgios has rediscovered that he owns a complete collection of George, the political magazine founded in 1995 by the late John F. Kennedy Jr., known for its provocative covers. George sought to spice up the world of politics by adding a twist of pop culture and celebrity but it ultimately folded in January of 2001 two years after Kennedy died tragically in a small plane accident.

Should investors be optimistic about emerging markets?

Which key technology trends should investors focus on next?

How to manage climate risk in your portfolio?

Is the time right for Convertible Bonds?

Listen to senior portfolio manager Justin Kass discuss how the market for convertible bonds has experienced increased activity during the Covid-19 pandemic, and how that translates into new opportunities for investors. Also: Justin reviews the outlook for convertibles and discusses how investors can consider taking advantage of the asset class’ asymmetric risk/return profile.