The results of the Bundestag elections kick off a potentially extended period of negotiations to form a new government. The parties differ on topics such as fiscal policy and climate change that will be critical to those discussions and the final shape of Germany’s government.

As the dust settles on the Bundestag elections, Germany appears to be heading for a three-party coalition. Based on the parties’ share of the vote, there are several potential “constellations”, with two named after the traditional colours of each party:

A grand coalition, which according to the latest projections would hold 402 out of 735 seats, is the least likely outcome. The Federal President would have to insist that the parties reach an agreement to prevent new elections – if a majority government was not achieved. In any case, the leaders of the CDU/CSU and the SPD have already claimed the office of chancellor for themselves, further reducing the odds of such an alliance. Since the Greens and the FDP are crucial to any coalition, but there are many differences in their programmes (especially regarding fiscal policy), the process of forming a government could take weeks.

The two most likely coalitions are:

Of the various potential outcomes, a coalition of the SPD, the Greens and the liberal Free Democrats (FDP) would have the most comfortable majority, with 416 out of 735 seats. Such an alliance would not be easy, however. It is true that the SPD and the Greens have large overlaps in economic policy, but state interventionism and the desire for more redistribution are opposed to the economic liberalism of the FDP, which relies heavily on tax cuts.

A coalition of the CDU/CSU, the Greens and the FDP would have a somewhat less comfortable majority. This is the most desirable arrangement from the point of view of the conservative parties (CDU/CSU) and the liberals (FDP). The CDU’s candidate for chancellor, Armin Laschet, is already governing with the FDP in the state of North Rhine-Westphalia. He has repeatedly expressed a preference for this coalition model.

Likewise, the Liberals will probably favour this type of arrangement. In the past, the Conservatives and the Greens have also toyed with the idea of working together in a so-called “black-green” coalition. However, this ambition is not shared by the majority of the Green Party.

The top candidates from the Greens (Annalena Baerbock) and FDP (Christian Lindner) have both already announced that they want to talk first before they receive an invitation to formal coalition talks from Olaf Scholz (SPD) and Armin Laschet (CDU), respectively. It is conceivable that they will come to an agreement primarily on questions of climate protection and fiscal policy. This could make a Jamaica coalition easier.

This coalition might find an agreement, eg, by raising the national CO2 target and bringing the CO2 price increases forward from 2025 to 2023. The Greens could also be offered concessions on taxes.

Typically, the impact of elections on markets has been short-lived – as the chart shows. But is that true this time around?

We analysed how the DAX performed immediately before and after every German federal election since the index was established. With the possible exception of elections in the 1980s, the index has been barely affected by Bundestag elections: during the three-month periods before and after elections, performance has hardly deviated from the MSCI Europe or MSCI World indices. The economy, monetary policy and overall global sentiment on capital markets are likely to be the dominant medium and long-term factors for this election as well.

This is hardly surprising as the issues at play in the Bundestag elections are mostly of national significance. Larger or enduring effects are therefore unlikely at the international level, particularly as a coalition of the SPD, the Greens and the far-left “Die Linke” party can be ruled out. The latter party has previously campaigned to abolish NATO. That said, any prolonged period of coalition-forming will likely increase volatility in the German markets, as markets dislike uncertainty.

For all parties, the climate is at the top of the agenda and the issue itself is not new. Both the Paris climate agreement and the EU Green Deal were brokered during the tenure of Chancellor Angela Merkel’s government. Germany has successfully reduced its CO2 emissions by 37% from the baseline year of 1990 and the country’s emission intensity, which refers to carbon emissions per unit of gross domestic product, has fallen to one-fifth of 1960 levels.

The question in relation to the climate is what approach should be taken to solve the problem of rising greenhouse gas (GHG) emissions. Germany, with a global market share of 14% of environmental technology, is well placed to become the leading international exporter of zero-carbon products. To achieve this, however, the right conditions will have to be created to spur the necessary investments.

Whereas the CDU and SPD want to stick to the existing roadmap of reaching carbon neutrality by 2045, the Greens want to reach this goal earlier. The Greens also want every piece of legislation to be reviewed for its impact on climate change before it can come into force. In addition, their plans include the creation of a new climate ministry with a right to veto any bills.

The CO2 price is key to achieving climate targets for the CDU. But the SPD and the Greens merely regard it as one tool among many. The CDU would like to see a “comprehensive European emissions trading scheme with a uniform pricing system integrated into a global framework”. It strongly favours free-market solutions, while the other two parties advocate a policy of greater regulatory intervention. In this respect, Armin Laschet frequently stresses the importance of Germany being a “zero-carbon industrial powerhouse”.

Sectors whose impact on the climate is particularly significant will be paying close attention to certain decisions, for example on whether coal-fired power stations will be decommissioned earlier than planned.

Implications for the European Union

As far as European affairs are concerned, Olaf Scholz (SPD) is positioning himself in favour of a fiscal union. He wants to make the Maastricht criteria more flexible. His plans also call for the EU to have its own financial resources, which would be raised, for example, by taxing large digital corporations, imposing a CO2 levy on imported goods, and generating new revenues from emissions trading. The SPD’s manifesto also proposes a Europe-wide approach to unemployment benefits. Under Armin Laschet (CDU), these plans would have little chance of being realised.

A government influenced by the CDU/CSU and the FDP will pay more attention to compliance with the debt brake – Germany’s so-called “black zero” rule. But even in a traffic-light coalition, the FDP is likely to try to prevent stronger debt financing. While the CDU/CSU and the FDP refuse to raise taxes, the SPD and the Greens have tax increases and additional new taxes on the agenda. With the participation of the FDP in government, any introduction of new taxes and tax increases would be much more difficult. 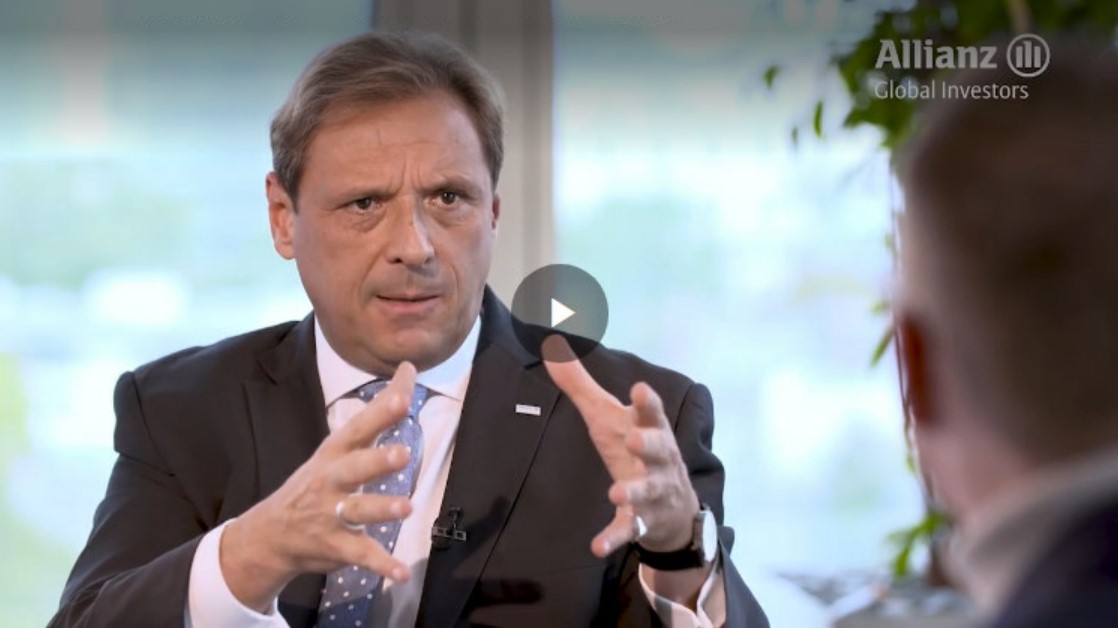 The 20th Bundestag was elected in Germany at the weekend and tough coalition talks lie ahead. Listen to Ingo R. Mainert, CIO Multi Asset Europe for Allianz Global Investors, and Chris-Oliver Schickentanz, CIO Commerzbank AG, as they analyse the election results together.