Our 2020 vision: sustainable strategies may offer a path through volatile markets

In 2020, we expect markets to pivot between embracing and avoiding risk as they process muted economic growth, low rates and heightened political uncertainty. Consider managing risk actively rather than accepting volatile index returns, and think beyond the benchmark by investing sustainably and adopting thematic approaches.

Investors everywhere will be closely watching the 2020 US presidential elections, which will have major ramifications for markets and politics for the next decade. If President Trump survives his potential impeachment and wins re-election, we expect the status quo for the markets. If the Democrats win the presidency, we expect overall valuations and earnings to fall, given that several leading Democratic candidates’ policies aim to lower corporate profits and increase taxation. Some candidates have also specifically targeted certain sectors with proposals calling for universal health care, greater regulation of tech and social media companies, and higher minimum wage levels. Importantly, the state of the US economy has historically been one of the biggest factors in how people vote in presidential elections, and the economy has already been slowing as the impact of Mr Trump’s fiscal stimulus package fades. We see increasing risks that the US economy will fall into a recession within the next 12-24 months – perhaps by the end of 2020, just as voters are heading to the polls.

We will also be watching growing concerns about US dollar illiquidity – an issue that isn’t widely discussed, but could severely impair global financial flows and investment. US dollar liquidity deteriorated markedly in 2019 when the Fed reduced the size of its balance sheet via “quantitative tightening” (selling its bond holdings). However, liquidity turned around when the Fed began temporarily increasing bank reserves by extending overnight “repo” funding operations. This shows that the markets need a surprising amount of US dollars to help provide financing and assist foreign-exchange swaps. The US dollar attracts 88% of all foreign-exchange transactions, according to the Bank for International Settlements, and demand for dollars still exceeds what the reserves of the US banking system can support. 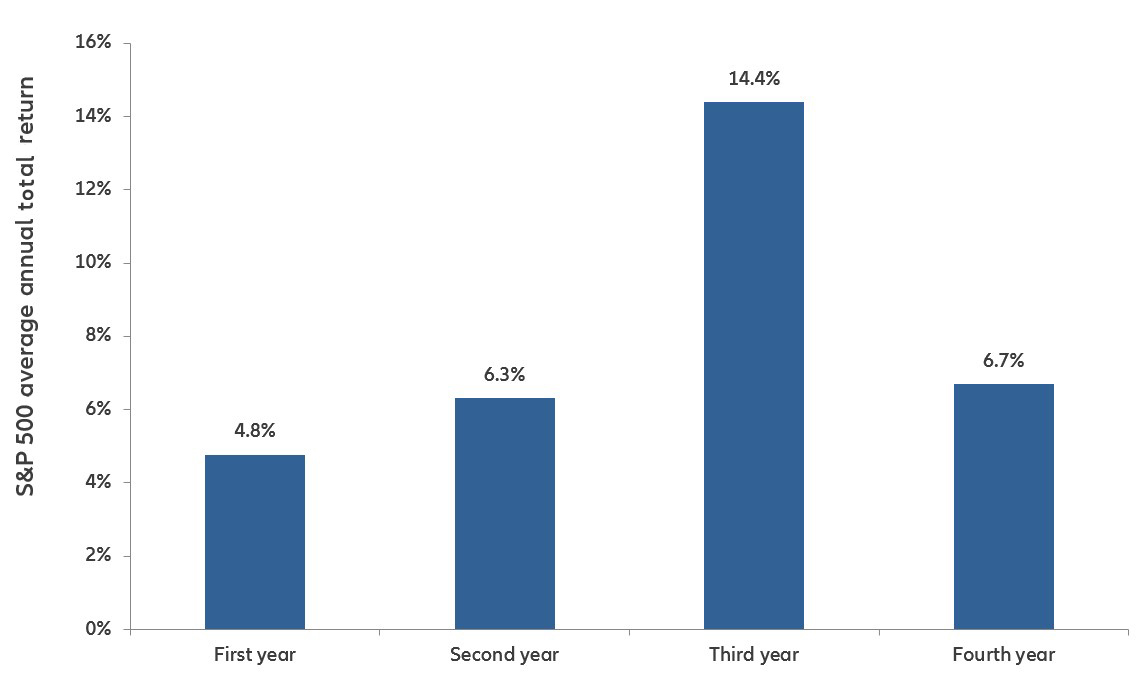 For some time, China has been evolving its economy away from export-related manufacturing and towards consumption and services. This “rebalancing” approach has been more painful to China’s economy than the US-China trade war, and China suffered a notable growth slowdown in 2019. Yet despite the anti-globalisation trend, the global economy is still interlinked, so China’s pain has contributed to muted economic growth globally and created demand issues for major exporters such as Germany, Japan and South Korea. Beijing seems determined to do just enough to keep China’s economy on track, pursuing economic growth of 5%-6%, with new growth targets to be announced in 2020. Amid the ongoing trade and tech cold wars, China will keep pursuing its “Made in China 2025” campaign, which aims to help China compete in advanced manufacturing by boosting domestic capabilities in artificial intelligence, robotics and other high-tech areas. We expect to see significant investment in China’s health-care and tech industries as the country lessens reliance on Western suppliers. Investors can access these areas through China A-shares – Chinese companies listed on stock exchanges in Shanghai or Shenzhen, and available for purchase by non-Chinese investors. 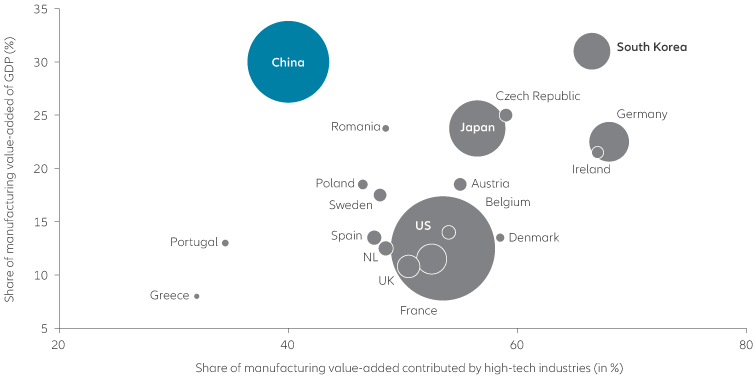 Europe faces a challenging year ahead. There will be plenty of political headlines to navigate, particularly given fractious politics within Spain and Italy. Core European Union (EU) countries are growing anxious about negative interest rates and additional quantitative easing from the European Central Bank. Faced with negative yields, European fixed-income investors will need to hunt for income elsewhere – perhaps in the US or Asia – and consider unloved but high-yielding equities. European markets appear set to continue their risk-on/risk-off trades as the region moves to the late stage of the economic cycle, but unloved European equities could be an attractive contrarian choice. Avoidance of a “no-deal” Brexit could help Europe by reducing economic uncertainty, enabling the EU to move forward with its own plans and potentially boosting its markets as the global economy stalls.

British and European lawmakers have struggled with Brexit since the 2016 referendum that sparked the UK’s decision to the leave the EU. Additional delays in closing out Brexit would likely put more corporate investment on hold, while the British pound will be sensitive to the exact nature of the resolution. If the UK’s currency were to weaken drastically, it could damage major exporters elsewhere – including Germany and its car sector – given the UK’s value as an export market. Even if a Brexit deal is reached in early 2020, following the December general election, there will be many open questions about the UK’s future trading relationships – though this scenario should ultimately be positive for domestic investors and others who have bypassed the UK amid long-running uncertainty. UK markets could rebound as pent-up investment is released, even if many investors aren’t optimistic about the late-cycle UK economy.

Outside of China, we expect the Asia-Pacific region to offer reasonable economic growth potential overall, especially as India and Indonesia press on with further economic reforms and renewed investment. Nevertheless, much of the area remains disrupted by trade tensions – between the US and China at first, and now between Japan and South Korea. Japan never recovered from its 1990 financial and economic crisis, suffering through 30 years of low rates, low growth and low inflation – a phenomenon called “Japanification” that could strike Europe and possibly the US. Overall, we expect Asian economies to continue diversifying away from overreliance on trade with China and the US. Investors may want to take a closer look at potential growth areas such as cosmetics in South Korea, tourism and health care in Thailand, the services sector in the Philippines and the tech sector in Vietnam.

Post-crisis bond yields in Germany and the US resemble Japan’s
10-year bond yields: US and Germany from 2007 (start of financial crisis); Japan from 1993 (first recession after bursting of Japan bubble) 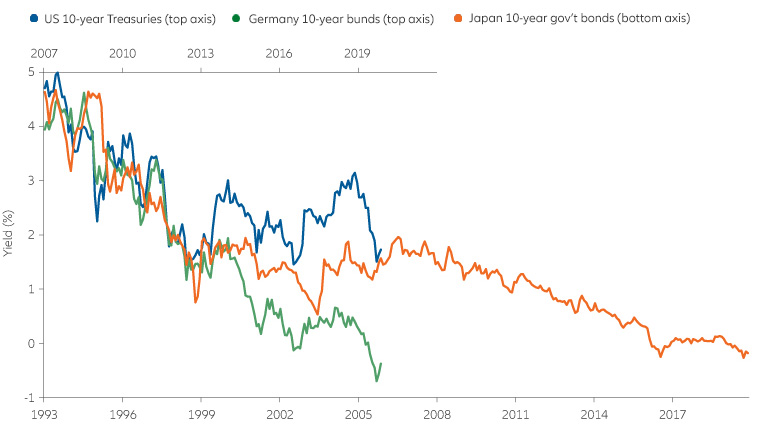